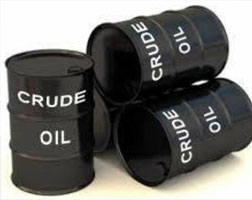 This was following the unexpected surge of crude stockpiles.

U.S. crude oil futures, also known as West Texas Intermediate (WTI), settled down 4.3 %, at US$40.80 a barrel. That was the contract’s lowest close since March 2009. The front month, September, U.S. contract expires on Thursday.

This was in sharp contrast to a poll, which forecast a 777,000-barrel inventory decrease.

“The numbers were a total surprise, with crude showing a build when the whole (market) was forecasting a draw,” Tariq Zahir, managing member at Tyche Capital Advisors in Laurel Hollow in New York, said.

“We feel these numbers are not factored in to the current price of spot crude.”

Prices had steadied earlier on Wednesday after a six-week rout driven by global oversupply and concerns about falling demand in Asian economies and the United States.

U.S. oil production is at record levels and producer costs appear to be declining, with no output scaleback anticipated.

Bearish sentiment was exacerbated last week when repairs at a large refinery in Whiting, Indiana, caused a large stock build at Cushing.

Oil has lost about a third of its value since June and prices have been hovering just above six-year lows for the past week. The downward trend has been driven by global oversupply and record stockpile levels, analysts say.