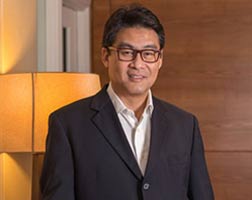 Taking cue from lower capital expenditure (capex) by Petronas, Enra president and CEO Datuk Mazlin Md Junid (pix) said the company needs to be more cautious and to get more clarity about the industry outlook before it acquires any oil and gas asset.

“We’re fortunate the recent events and sentiment have made us more alert to the sort of investment that we want to go into … we believe in the next six to 12 months, there will be major rationalisation among oil and gas services companies,” Enra president and CEO Datuk Mazlin Md Junid said.

Despite that, he said, the oil and gas venture has not been put on hold as there could still be acquisition opportunities.

Enra, which sits on a cash hoard of RM80 million, is primarily looking at the maintenance and inspection segment within the oil and gas industry.

“We have been patient, we don’t want to rush into any kind of acquisition as the oil and gas market will consolidate further, which could give us more attractive valuation when the time is right,” said executive deputy chairman Datuk Kamaluddin Abdullah, son of former prime minister Tun Abdullah Ahmad Badawi.

Mazlin stressed that the company has set high investment criteria and a strict due diligence process on its acquisition proposal.

“Over the medium to longer term, we like to be an oil and gas company,” he told a press conference after the company’s AGM here.

At present, Enra’s earnings growth will still be driven by the property development and property investment division.

“Our property project here is 70% sold, the new project in London is still in the market, which is very buoyant and active,” said Kamaluddin.

Last April, Enra announced that its 75% subsidiary Fitzrovia Development Ltd acquired a five-storey office building in London for £6.3 million (RM35 million), which will be redeveloped into luxury apartments.

Mazlin said the company will continue to look at opportunities abroad such as the UK and Australia, to name a few.

Enra shares were untraded yesterday. The counter closed at RM2.14 on Monday.