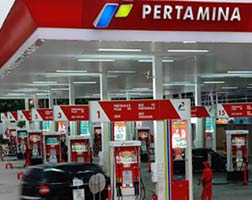 Indonesia’s Pertamina is expected to generate electricity from its geothermal plants by August next year.
This is when Pertamina, through subsidiary Pertamina Geothermal Energy (PGE), completes its 2×55 megawatt (MW) Ulubelu geothermal power plant units 3 and 4 in Lampung in August 2016 and June 2017, respectively.

“We are optimistic that Ulubelu 3 and 4 will be on stream in line with the completion target. When the power plant project is fully complete, Ulubelu will contribute around 23 % of total electricity supply for the Lampung area,” he said.

The province is estimated to have total installed power capacity of 994 MW by 2017.

The country, which has numerous volcanoes, is estimated to have geothermal potentials of around 28,000 MW. However, tapping the volcanoes’ potential is not an easy job on account of poor supporting infrastructure, limited financing and overlapping regulations.

Environmental concerns have also contributed to the sluggish utilization of the potentials. To date, there are only a few geothermal plants generating 1,403 MW in the country, or only around 5 % of the total potential.

The Energy and Mineral Resources Ministry’s director for geothermal, Yunus Saefulhak, said that no more additional capacity would be reported by year’s end, other than the 35 MW Kamojang geothermal power plant in West Java, which was recently inaugurated.

“For next year, we will see the Ulubelu plant unit 3 in Lampung with 55 MW in capacity, Karaha plant in West Java with 30 MW and the Lumut Balai plant in South Sumatra with 55 MW,” he said.

The government is currently working to boost electricity projects as the country is in need of additional capacity to avoid blackouts in the near future. Several areas have been experiencing an electricity crisis as demand keeps growing while development of new capacity has stalled.

Numerous geothermal power plants projects are included in the government’s ambitious program to develop 35,000 MW power plants within five years. There are also ongoing projects that have been delayed with a total of around 7,000 MW.

PLN director Nasri Sebayang said earlier that out of the total planned 35,000 MW capacity by 2019, there would be around 6,000 MW expected from geothermal power plants. However, only around 2,600 MW is feasible for a five-year completion.

“This is due to the nature of geothermal plant development. Most of the projects are in the exploration stage, which will take around three years. Therefore, only around 2,600 MW will be finished on time,” Nasri said.