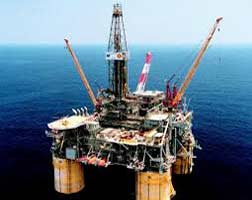 In its weekly release, Houston-based oilfield services’ company Baker Hughes Inc. (BHI – Analyst Report) reported a rise in the U.S. rig count (number of rigs searching for oil and gas in the country). The count finally bucked the falling trend seen for twenty eight weeks at a stretch on a rise in natural gas-directed and offshore rigs.

However, the oil-directed rigs’ tally saw further reduction to the lowest level since Sep 2010, in reaction to the steep drop in the commodity’s price since last summer.

Apart from indicating a brake in shale drilling activities, this is seen as a precursor to a slowdown in oil production, which is expected to lead to a subsequent drop in the commodity’s bloated supply level.

Taking cues from here, crude prices recovered substantially after sinking to a 6-year low of under US$44-a-barrel in March. The West Texas Intermediate (WTI) oil futures are currently trading at around US$60 per barrel.

Analysis of the Data

Weekly Summary: Rigs engaged in exploration and production in the U.S. totaled 859 for the week ended Jun 26, 2015. This was up by two from the previous week’s rig count.

Rigs engaged in land operations were down by 1 from the previous week at 824. Inland waters’ activity rose by 2 to 7 rigs while offshore drilling was up by 1 to 28 units.

Natural Gas Rig Count: The count increased by 5 to 228. As per the most recent report, the number of natural gas-directed rigs is down almost three-fourth from its recent peak of 811 reached in 2012. In fact, the current natural gas rig count remains almost 80% below its all-time high of 1,606 reached in late summer 2008. In the year-ago period, there were 314 active natural gas rigs.

Oil Rig Count: The count, which rocketed to the highest figure of 1,609 in Oct 2014 since Baker Hughes started breaking up oil and natural gas rig counts in 1987, slipped further (by 3) to 628. As a result, the current tally is now the lowest in more than four and a half years and well below the previous year’s rig count of 1,558.

Rig Count by Type: The number of vertical drilling rigs was up by 7 to 107, while the horizontal/directional rig count (encompassing new drilling technology that has the ability to drill and extract gas from dense rock formations, also known as shale formations) was down by 5 to 752.

Key Barometer of Drilling Activity: The Baker Hughes data, issued since 1944, acts as an important yardstick for energy service providers in gauging the overall business environment of the oil and gas industry.