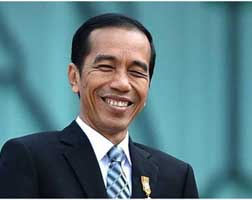 “We know that currently the world energy market is undergoing some transformation. Of course, changes have been made with sustainable and renewable energy,” Jokowi said while receiving Al Mazrouei at the Merdeka Palace in Indonesia recently.

Meanwhile, Tahar explained that UAE intended to invest in Indonesia, where the current investment value is still less than US$2 billion.The ESDM deputy minister said the potential energy investment could be increased up to US$5 billion and included several areas of cooperation.

The UAE delegation also invited Pertamina to cooperate on investment in Abu Dhabi and Dubai.

On the occasion, the president and the UAE delegation also discussed the potential for electricity cooperation in Indonesia to utilize environment friendly energy.”We are also talking about Masdar, a company from the UAE, who wants to invest in renewable energy, including PLTS, solar power plants,” said Tahar.

Masdar, added Tahar, has discussed it with state-owned electricity company PLN, so the government will have to follow up on the potential cooperation.

For cooperation other than in energy, Indonesia and the UAE also discussed cooperation in port infrastructure.The potential cooperation in this sector will be explored by Dubai Port World with state-owned port operator companies PT Pelindo I and Pelindo III.

“In addition, we also suggested that it would be good if investment in Indonesia is made in cooperation with local companies, so that cooperation will be mutually beneficial,” revealed Tahar.