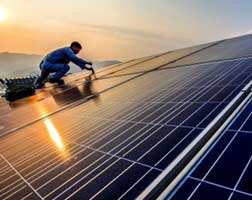 China and India have taken the world’s top two spots in EY’s Renewable Energy Country Attractiveness Index (RECAI), surpassing the US and pushing it to third place for the first time since 2015 in the ranking of the top 40 countries.

Newly minted US President Donald Trump’s recent executive orders that attempt to revive the country’s coal industry by rolling back former US President Obama’s environmental and climate change policies, and the review of the Clean Power Plan, all served to decrease the country’s attractiveness for renewable energy development and investment.

Aside from the disadvantageous energy policy changes the US is making, the strong growth in China and India also contributed to pushing the two countries to the top spots.

China’s National Energy Administration (NEA) announced in January that the country intends to spend US$363 billion to develop new renewable energy capacity by 2020. China is also intending to trial a pilot tradable green certificate program in July of this year.

“The renewable energy industry is beginning to break free of the shackles that have stalled progress in the past,” Warren added. “More refined technology, lower costs and advances in battery storage are enabling more widespread investment and adoption of clean energy.”