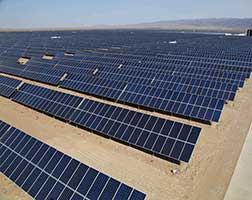 Chinese project developer United Photovoltaics has announced yet another round of acquisition of solar power projects.

United Photovoltaics (United PV) will acquire 5 solar power projects across 2 provinces in China — Inner Mongolia and Zhejian. The projects have been developed by 5 different project development companies. The acquisition will be completed by United PV through cash payment and allocation of equity shares.

United PV will pay $16.91 million in cash and is expected to pledge equity shares worth around $15 million to complete the transactions. All but one of the projects have been commissioned; the fifth project is expected to be commissioned in Q3’2015.

United PV’s acquisition spree seems to have gathered pace after China announced supportive regulatory and financial incentives for solar power projects over the last one and a half years. Attractive feed-in tariffs and increased emphasis on achieving the huge capacity addition targets set by the government surely points to the start of a high-growth era for solar power market in China.