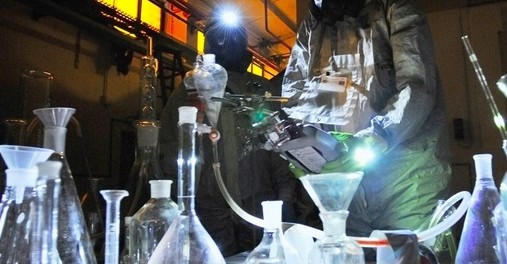 WASHINGTON – Despite facing global headwinds, American chemistry expanded at a healthy 2.0% growth rate in 2014, and is expected to reach a 3.7% gain in output in 2015, before hitting 3.9% in 2016, according to the Year End 2014 Chemical Industry Situation and Outlook, published by the American Chemistry Council (ACC). The report’s consensus is that US chemical output will continue to expand well into the second half of the decade, exceeding that of the overall US economy.

“The appreciation of the dollar, coupled with increased domestic supply of unconventional oil and gas is helping to drive oil prices down,” said Dr Kevin Swift, chief economist at the ACC. “In turn, manufacturing costs are reduced, production is stimulated, inflation restrained, and consumer confidence, along with purchasing power and spending, is boosted,” he added.

That boost in spending power has contributed to gains in key end-use markets including light vehicle sales (US$3,500 of chemistry per unit) and housing (US$15,000 of chemistry per start). Light vehicle sales saw an increase of nearly 5.2% over 2013, and production continues to improve, with sales expected to rise further in 2015 as pent-up demand, improving employment prospects, and increased availability of credit foster growth. Though the housing outlook remains cautious, inventories and interest rates remain low. Job growth, a major long-term driver for housing is improving, as seen in the 7.5% increase in housing starts between 2013 and 2014. Though activity will remain well below the previous peak of 2.07 million units in 2005, by the second half of the decade, activity will approach the long-term underlying demand of 1.5 million units per year.

Basic chemicals were hardest hit from recessions in Japan and Brazil. Strong growth is now expected in inorganic chemicals, organic chemistry, plastic resins, and synthetic rubber as most export markets revive. In 2014 inventories remained balanced, so any increased demand in 2015 will require new production, Swift explained. “This year’s gains were led by consumer chemistries and specialties, but advances in manufacturing and exports in 2015 will drive increased demand for basic chemicals, especially in those segments in which the U.S. enjoys a renewed competitive advantage,” he said. “The wind is back in our sails. During the second half of the decade, U.S. chemistry growth is expected to expand at a pace of more than 4 percent per year on average, exceeding that of the overall U.S. economy,” Swift said.

U.S. chemical production grew across all major producing regions in 2014. The highest growth was seen in the Ohio Valley and the Northeast regions. As the surge of shale-driven chemical capacity starts to come online in 2017 and beyond, growth will continue to accelerate, particularly along the Gulf Coast. By 2019, American chemistry sales will exceed US$1 trillion.

Though improvements in labor markets and growth in key end-use markets drove solid domestic demand for chemicals, weakness in external markets has limited US chemical exports. Despite the competitive position American chemistry owes to a favorable oil-to-gas price ration, trouble in the economies of major trading partners will delay another trade surplus until 2017. As new investments in the chemical industry come online, basic chemicals export growth will accelerate, with an anticipated chemicals trade surplus of uS$77 billion by 2019.

Swift pointed to more than 215 new chemical production projects valued at over US$135 billion that have been announced in the US, helping capital spending to surge nearly 12% in 2014 to more than US$33 billion.

“We’re in the midst of a historic expansion, and the US remains the most attractive place in the world to invest in chemical manufacturing,” said ACC President and CEO Cal Dooley. “Looking forward, it’s critical that the new Congress pursues sound policies that ensure America stays ‘open for business’ to manufacturing,” Dooley said.

The business of chemistry is a US$812 billion enterprise and one of America’s most significant manufacturing industries, accounting for more than 12% of all US exports and 15% of the world’s chemicals. More than 96% of all manufactured goods are touched by products of chemistry.