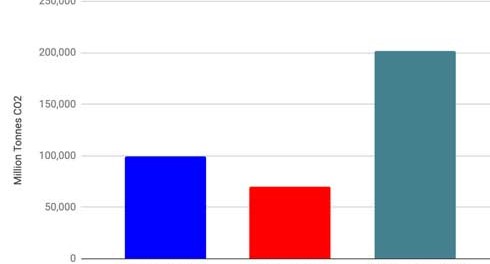 Despite early moves by the Biden Administration to curtail oil and gas leases in the US and financing for oil and gas projects in other countries, over US$1 trillion in pipeline expansion projects are in development globally, according to a new report by Global Energy Monitor, threatening Paris Climate goals and undermining pledges by the world’s major economies to achieve carbon neutrality by mid-century. The report cites seven major policy options available to the Biden Administration for reining in pipeline overbuilding.

·        Stranded asset risk of $1 trillion. A planned 212,000-km expansion in the global system of oil and gas transmission pipelines, amounting to US$1 trillion in capital expenditures, is on a collision course with commitments by most large economies to transition to carbon neutrality by mid-century, setting the stage for large amounts of stranded assets.

The findings are based on the Global Fossil Infrastructure Tracker, a project-by-project survey of oil and gas pipelines and terminals.

“The policy landscape facing the new administration in 2021 is radically different from the one that Biden left in 2017,” said James Browning, lead author of the report. “Fossil gas is now recognized as a climate buster, not a climate solution. That means Biden faces the tough decision to rein in gas infrastructure, which is the most effective way to limit emissions.”

“Last month the head of the European Investment Bank, the world’s biggest publicly owned financial institution, remarked that ‘Gas is over’,” said Greig Aitken, GEM’s finance researcher. “It’s high time for other significant financial institutions, both public and private, to step up and follow the EIB’s lead in ending their support for oil and gas infrastructure projects and companies.”