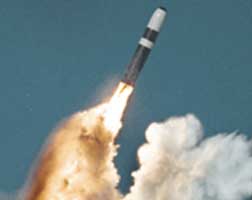 Archbishop Paul Gallagher, the Holy See’s Secretary for Relations with States, praised the peaceful use of nuclear energy, criticized the world’s “bloated” and “morally problematic” nuclear weapons arsenals, and called for a renewed commitment to “arms control and disarmament processes.”, according to the Catholic World News.

“Peaceful applications of nuclear technologies allow many states to come closer to the achievement of their development goals and are in keeping with Pope Francis’s call, in his recent encyclical letter Laudato Si’, for responsible stewardship of our human and natural resources,” Gallagher said in a September 14 address in International Atomic Energy Agency’s annual general conference in Vienna.

“Nuclear technologies are improving agriculture, pollution control, water management, nutrition and food safety, and infectious disease control,” he continued, and are “fighting cancer, one of the great scourges of mankind … These and other efforts are improving the quality of life for millions of people.”

Turning to the topic of nuclear weapons, he added:

The world’s nuclear arsenals are much reduced since the height of the Cold War, but they remain excessive. Moreover, the dubious strategic rationales for maintaining and even strengthening these still bloated arsenals are morally problematic. Nuclear deterrence can hardly be the basis for peaceful coexistence among peoples and states in the 21st century, since it is unable to be broadly responsive and tailored to the security challenges of our times; furthermore, it risks being used in a way that would cause severe humanitarian consequences.

Instead of being a step toward nuclear disarmament, nuclear deterrence has become an end in itself, and risks, compromising the non-proliferation regime and undermining real progress toward a nuclear-free world … Billions are wasted each year to develop and maintain stocks that will supposedly never be used. How are these expenditures consistent with progress toward nuclear disarmament?