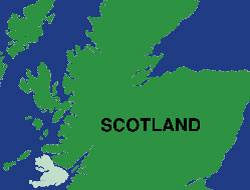 Energy expert Dr Ben Kroposki of the US National Renewable Energy Laboratory (NREL) has said that Scotland has the potential to become a green energy powerhouse if there is a political will.

Kroposki’s statement came before his planned address delegates at a major international conference in Scotland next week.

The ENSEA event, the first of its kind, will bring together experts from Norway, Germany, the Netherlands and Denmark in Edinburgh to discuss better ways to use energy systems to serve homes, businesses and public buildings.

Kroposki, director of energy systems integration at the NREL, yesterday said Scotland should look to its near neighbours Ireland and Denmark to cut a path to a clean-energy future.

He insisted that the move away from fossil fuels is a necessity and urged policy makers to enable the change.

He told The National: “This is a transition that has to happen and it doesn’t happen overnight.

“We have spent the last 10 years doing a number of studies that really demonstrate it is possible and now we are starting to see real world examples.”

The comments come as the UK Department of Energy and Climate Change presses ahead with slashing incentives in the green energy sector, including cuts to the Feed-in Tarriff, through which small renewables are funded.

The changes have been condemned by the green power sector and contrast with the Scottish Government’s commitment to deliver 100 % of the country’s electricity needs through such measures by 2020. Kroposki said that Ireland’s success with wind power and that Denmark’s adoption of combination heat and power systems point the way forward.

He said: “With the Irish example, they have installed a large amount of wind on their system and are operating with roughly 30 % wind for their entire island.

“Denmark have combined heat and power capture and have 60-70 % efficiency from power plants.

“Where you have a cool climate, if you can capture the waste heat then you can put it into district heating systems.

“Somewhere between the Irish and Danish example would work for Scotland.”+