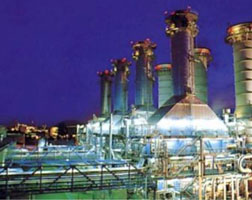 YTL Power Generation Sdn Bhd and Tenaga Nasional Bhd (TNB) ended their 21-year power-purchase agreement since it expired on October 1, 2015. Due to that, YTL Power will no longer provide power in to TNB, which is Malaysia’s largest energy provider.

“Concurrently, a leasing agreement which YTL signed to lease the land in Paka, Terengganu and Pasir Gudang, Johor to build its power stations was also affected,” it said.

TNB said the agreement it signed with the independent power producer was the only PPA that was based on a take-or-pay mechanism for a period of 21 years.

It said the total capacity of the power station in Paka was 780 megawatt, consisting of two blocks of 390MW combined-cycle gas fired generation facility.

The capacity of the power station in Pasir Gudang was 390MW consisting of one block of combined cycle gas-fired generating facility, it said.