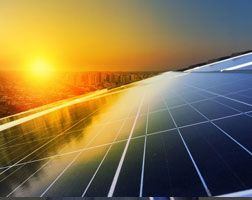 As 2019 came to a close, the outlook for renewable energy growth in developing economies was exceptionally bright. Power-generating capacity from solar plants such as photovoltaic projects reached 325 gigawatts (GW), up from just 1GW a decade earlier, according to new findings from research firm BloombergNEF (BNEF). Wind investment hit an all-time annual high, with US$89 billion deployed to build projects in 30 emerging markets, both onshore and offshore.

Powering the growth was the fundamental cost-competitiveness of these clean technologies compared to their fossil-fuel rivals, which foreign investors duly noticed. Total foreign direct investment (FDI) in support of renewables set a new record at US$32 billion in 2019, up from a previous high of US$24 billion in 2018. The vast majority – 84% – of the 2019 total came from international project developers, utilities, commercial banks, and other private sources.

Then came the pandemic. While Covid-19 has wounded nearly every corner of the global economy, the pain in emerging markets has been particularly acute. To keep their economies afloat, governments in a number of these markets have boosted spending and, in turn, raised borrowing, only to watch their currencies devaluate and their sovereign debt ratings get downgraded. What had been a strong flow of clean energy investment from abroad has become a drizzle as many investors seek safer opportunities closer to home.

This in-progress story is told in depth in BloombergNEF’s 2020 Climatescope — its annual comprehensive survey of the energy transition in developing countries. Climatescope represents the efforts of almost 60 BloombergNEF analysts, who collected 123 detailed data indicators on 108 emerging markets globally. The complete results can be found at global-climatescope.org. This year, for the first time, Climatescope also includes data on 29 developed nations.

Emerging economies accounted for 58% (US$144 billion) of the US$249 billion in asset finance invested in utility-scale clean energy capacity worldwide during the year.

Solar power is becoming ubiquitous. Three in ten emerging markets installed more solar capacity than capacity from any other source in 2019. Some 69 markets built new utility-scale or small-scale solar in 2019, funded with over US$48 billion. Solar ended 2019 as 8% of emerging markets power-generating capacity and 2% of generation. Today, 95 markets have at least 10 megawatts (MW) of solar installed.

Mainland China and India remained the biggest emerging markets for clean energy investment. The two accounted for US$94 billion of new wind and utility-scale solar investment and 76GW of wind and solar build in 2019 (capacity figures include funding for both utility-scale build and small-scale solar).

For the first time, renewables (including hydro) accounted for the majority of new capacity added in the 106 other emerging markets (excluding Mainland China and India). Gas build fell to its lowest level in these markets since 2014, with just 17GW added.

According to BloombergNEF’s Luiza Demôro, Climatescope’s lead author, 2019 was a year of firsts, for the most part, in good ways. “The surge of capital we saw flow into emerging markets suggests that investors had become quite comfortable with the risks involved with financing new wind or solar there,” she said.

While Climatescope does not contain comprehensive 2020 data, early indications suggest pandemic-related disruptions have slowed emerging markets’ clean energy investment flows and are giving investors grounds to pause. For the first time since 2016, BloombergNEF has recorded quarters when capital flows into developed markets exceeded flows into developing markets. While Covid-19 is by no means the only factor at play in these figures, the slope and consistency of the decline through three quarters of 2020 suggest that full-year figures will be down sharply compared to 2019.