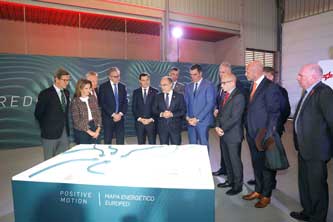 The Huelva plant will start up in 2026, reaching full capacity in 2028, while the Cádiz facility will be operational in 2027. Cepsa is already working on the engineering and administrative processing of the project.

To generate the renewable electricity needed to feed production of green hydrogen, Cepsa will develop a 3GW portfolio of wind and solar energy projects with an additional EUR2 billion investment. The company will also collaborate with other renewable energy producers in Andalusia and the rest of Spain to promote the integration of these new plants into the electricity system.