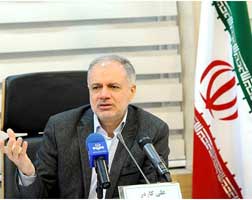 The country’s gas production will reach 1.3 billion cubic meters per day and production of gas condensate will reach 864,000 bpd in the next five years, Kardor said.

He added that the boost in oil production will come from an increase of 420,000 bpd from the West Karoun oil field and an additional 280,000 bps from oil fields in central and southern Iran as well as the Falat Ghare oil company.

Oil exports are expected to reach up to 2.5 million bpd within five years, the Iranian oil official added.

The increase in gas production is expected to come from South Pars, the world’s largest gas field, according to Kardor.

Iran has been producing around 3.8 million bpd in recent months.