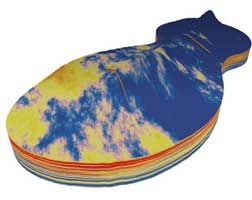 The companies used 60 processors and 120 accelerators, allowing them to exceed previous results using one-tenth the power and 1/100th of the space in a super computing application for oil and gas exploration.

The results aim to transform the price and performance for business critical High Performance Computing (HPC) applications for simulation and exploration.

Energy companies use this kind of computer simulation, dubbed reservoir modeling, to predict the flow of oil, water and natural gas in the subsurface of the earth before they drill, which saves on financial and environmental risks.

A computing system with NVIDIA’s graphics processing units (GPUs) was able to simulate one billion cell models in a fraction of the time, while delivering 10 times the performance and efficiency than legacy central processing unit (CPU) codes. This can save oil and gas companies a lot of money as they search for more resources underground.

“This milestone calculation illuminates the advantages of the Minsky Open Power GPU architecture.” said Sumit Gupta, IBM Vice President, in a statement. “The bottom line is that by running Echelon on Minsky, users can achieve faster run-times using a fraction of the hardware. One recent effort used more than 700,000 processors in a server installation that occupies nearly half a football field. Stone Ridge did this calculation on two racks of IBM machines that could fit in the space of half a ping-pong table.”

“This calculation is a very salient demonstration of the computational capability and density of solution that GPUs offer. That speed lets reservoir engineers run more models and ‘what-if’ scenarios than previously so they can produce oil more efficiently, open up fewer new fields and make responsible use of limited resources” said Vincent Natoli, president of Stone Ridge Technology, in a statement. “By increasing compute performance and efficiency by more than an order of magnitude, we’re democratizing HPC for the reservoir simulation community.”

IBM said that the latest advance challenges misconceptions that GPUs could not be efficient on complex application codes like reservoir simulators and are better suited to simple, more naturally parallel applications such as seismic imaging.

“The energy industry was among the first to adopt GPUs for numerical modeling, using them to accelerate seismic processing,” said Marc Hamilton, vice president at NVIDIA, in a statement. “They are now making a powerful impact on reservoir simulation, and we expect this to drive further efforts to utilize GPUs for other computationally intense workflows in the oil and gas sector.”