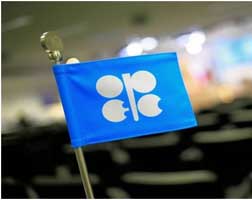 An oil export monitoring mechanism will be part of the discussions under the oil output cut framework deal between OPEC and non-OPEC countries at the ministerial monitoring committee in Vienna, said Russian Energy Minister Alexander Novak.

OPEC+ monitoring committee plans to discuss oil production limiting in Libya and Nigeria at the meeting. “We will discuss it with them,” Novak said responding to a question about an oil production threshold to be achieved in Libya within the OPEC+ deal.

“Yes,” Novak said answering a question whether this is discussed at the meeting on September 22.

All the countries are set to perform the OPEC+ oil reduction deal in full scope, the minister said. “This is because the agreement demonstrates its result and efficiency. All the ministers state their commitment to implementation of this agreement,” Novak noted.

Russia is also interested in honoring arrangements, in market balancing and in the effect achieved within the framework of concerted efforts of OPEC+ agreement participants, he added.