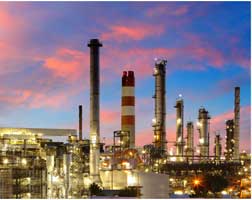 Germany is targeting to nearly double its renewable power’s share of its electricity by 2030 but needs more gas production as nuclear and coal-fired plans are retired.

The goal to raise wind and solar power’s share from a third now to 65 % by 2030 is meant to help Germany achieve cuts in carbon dioxide (CO2) emissions under its climate commitments.

If the goal is taken seriously, the volatile nature of weather-driven renewables means that without gas, there would be shortfalls in steady power flows, said Ludwig Moehring, head of sales at Gazprom-owned wholesaler Wingas.

“Renewable power alone won’t work in the coming decades, for reasons of supply security,” Moehring told Reuters during an industry gathering in Essen.

The goal was agreed by negotiators for a coalition deal between Chancellor Angela Merkel’s conservatives and the center-left Social Democrats (SPD) in recent weeks.

The parties are still hammering out many other last-minute compromises.

This is because nuclear reactors must close by 2022 and many heavily CO2-polluting coal plants are being closed for environmental reasons.

“If you go down to around 70 GW of thermal capacity and need to meet 80 GW of top demand, you will need 10 GW to compensate,” he said, adding gas-to-power capacity could be built quickly.

Germany’s renewable power capacity has reached 100 GW, but may produce little or nothing, depending on weather patterns.

Moehring also said that policy risked remaining too lenient on the heat and transport sectors, whose CO2-cutting efforts have lagged those of heavy industry and energy utilities.

“The danger is that power remains the focus when heating systems and combustion engines also badly need decarbonizing,” he said.

However, the coalition deal envisages that a new law to achieve more general climate goals is implemented in 2019.

Moehring’s company, which has a 20 % share of the gas market in Germany and competes with Uniper and RWE, wants to see gas fuelling more heavy vehicles and heating homes in lieu of oil.

His views, though naturally favouring his product, drew support from some policymakers at the industry gathering.