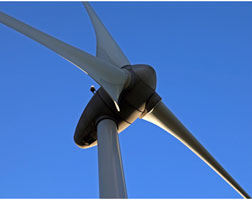 Iran’s Energy Ministry launched a 55-megawatt (MW) wind farm consisting of 22 turbines in the town of Takestan in Qizvan province.

The Iranian Energy Minister Hamid Chitchian said the MAPNA Group, which is a group of Iranian companies that provides electricity, energy and rail transportation solutions, has invested over US$92 million for the project. The wind farm, the minister added, will be able to supply 15% of Iran’s electricity.

Qazvin has the capacity to produce 4,000 MW of electricity thanks to the wind and solar energies, according to local reports.

Chitchian said earlier that his country has already approved US$3 billion for foreign investments in Iran’s renewable energies.