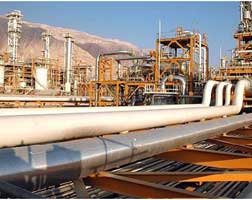 Two subsidiaries of the National Iranian Gas Company (NIGC) will be dissolved and liquidated due to their non-economic activities, Iran’s deputy oil minister said.

Expounding on the details, NIGC Managing Director Hamidreza Araghisaid the Natural Gas Storage Company (NGSC) and the Iranian Gas Commercial Company (IGCC) will be dissolved. He said, “Before finalizing the decision on their liquidation, talks have been held with Iranian Privatization Organization (IPO) for handing over the two subsidiaries of NIGC.”

The official stressed that missions of the two firms had no economic justification asserting “given that privatizing the two companies would prove unattractive, decisions were made to dissolve them.”

He emphasized that liquidation of NGSC and IGCC had been put on the agenda though no exact date has been envisaged for the process; “in the current situation, the legal process is underway for dissolution of the two gas companies.”

Araghi stressed that Assembly Affairs Department of NIGC had been put in charge of dissolving the two firms though NIGC is not in favor of the initiative and hopes the process will be canceled.

Duties and responsibilities of these terminated companies will be transferred to and handled by the National Iranian Oil Company (NIOC) under a new management entitled ‘gas exports’.

Earlier in October, as per a directive issued by Iranian Oil Minister Bijan Zanganeh, the National Iranian Gas Export Company was liquidated and handed over to NIOC. Earlier reports had said the NIGEC was supposed to be privatized. “It was meaningless to privatize NIGEC that is why its tasks have been delegated to the NIOC,” Zanganeh said.

On the contract signed between Oman and NIGEC to lay a 400-kilometer subsea gas pipeline from Iran to the neighboring sultanate, the minister said NIOC will follow up on the project.