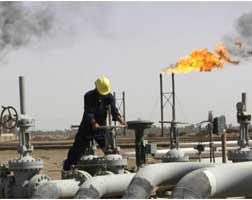 Iran has been named the world’s third largest producer of natural gas in 2016 in the latest report by the International Energy Agency (IEA) on the status of the global energy market.

The IEA report said Iran had produced 190 billion cubic meters (bcm) of gas last year which it said was 5.3% of world’s total.

The agency in its report said the US and Russia were the leading gas producers over the same period adding that their outputs stood at 749 bcm (20.7%) and 644 bcm (17.7%), respectively.

The IEA further in its report identified Iran as the world’s fifth producer of crude oil in 2016.  Top on the list in the same category was Saudi Arabia followed by Russia, the US and Canada.

Elsewhere in its report, the IEA named the US, France, Russia and China as the world’s leading countries in terms of production of electricity from nuclear energy.

The report identified Iran’s share in the same category as small.