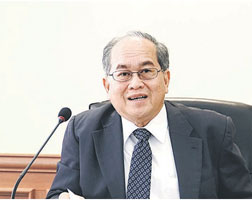 Malaysia’s Sarawak state government will subsidise oil palm smallholders in diversifying into other crops to mitigate the effects of the European Union’s move to ban palm oil biofuels starting 2021.

“For example, within a family of smallholders, they can rear goats or cattle or fruit crops like pineapple and durian for eligibility to apply for the subsidy,” he said.

Uggah, who is also the state modernisation of agriculture, native land and regional development minister, said the strategy would allow one commodity to offset the fall in value of others.

“The diversification strategy had worked well some years ago when the price of rubber had gone down, then there was a pepper crop to cushion off the impact of the drop in rubber price on the farmers,” he said.

He called the EU decision unfortunate, as it will affect over 600,000 smallholders in Malaysia.

Uggah, a former plantation industries and commodities minister, said the EU’s move would be detrimental to palm prices

In October 2017, the European Parliament passed a resolution to phase out palm oil exports from the EU biofuel programme from 2021.

The resolution was passed on claims that palm oil manufacturers have failed to achieve the UN’s sustainable development goals on responsible consumption, production and climate action.