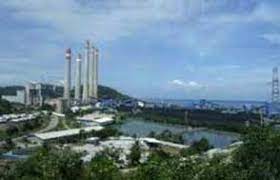 Mitsubishi Heavy Industries, Ltd. (MHI), with support from its power solutions brand, Mitsubishi Power, is looking at the use of ammonia as fuel for power generation in Indonesia, with feasibility studies underway at the 4,025-MW Suralaya Power Station and a gas-fired power plant. The two proposals to carry out this study have been adopted by Japan’s Ministry of Economy, Trade and Industry (METI).

These two studies will examine the feasibility of utilising ammonia at the Suralaya coal-fired power station and at an existing natural gas-fired power station in the country, derived from the abundant oil and natural gas produced in Indonesia, with the goal of establishing an integrated ammonia value chain encompassing production, transport, fuel consumption, and CO2 storage.

The two proposals selected by METI for its “Feasibility Studies for the Overseas Deployment of High-quality Energy Infrastructure (Projects to Survey the Promotion of Overseas Infrastructure Development by Japanese Corporations)” are the “Survey of the Feasibility of Ammonia Mixed Fuel Combustion at the Suralaya Power Station in Indonesia and Evaluation of the Overall Value Chain” (the “Suralaya Project”), and the “Survey of the Feasibility of Retrofitting an Existing Natural Gas-fired Power Station in Indonesia to Introduce Power Generation Using Ammonia and the Establishment of a Value Chain” at an existing natural gas-fired power station (the “Existing Natural Gas-fired Power Station Project”). Both proposals will examine the potential reduction of CO2 resulting from energy generation and its effects. The potential global impact, and high degree of utility and innovativeness of these feasibility studies, are regarded as significant to policies involving the Japanese government.

The main objective of the Suralaya Project is to calculate the economic efficiency of the envisioned process of transporting ammonia produced in Indonesia to the power station and consuming it as fuel for generating power. The project will be conducted jointly with Mitsubishi Corporation and Nippon Koei Co., Ltd., with operations expected to begin around 2030.

The main objective of the Existing Natural Gas-fired Power Station Project is to calculate the economic efficiency of transporting ammonia and hydrogen produced in Indonesia to a nearby existing natural gas-fired power station as a fuel to generate power. The project will be conducted jointly with Tokyo Electric Power Services Co., Ltd. (TEPSCO), with operations expected to begin in the second half of this decade.

Both projects will examine the effectiveness of CO2 reductions throughout the value chain, with MHI focusing primarily on the outcome of introducing ammonia power generation technologies. In addition, MHI plans to conduct a feasibility study based on institutional support measures such as financial support from the Japanese government, and decarbonization efforts and carbon pricing by Indonesia. Through the implementation of these projects, MHI hopes to contribute to the expansion of energy infrastructure exports from Japan.

Indonesia has announced a policy of deriving 23% of its power supply from renewable energy by 2025, and 28% by 2035. MHI and Mitsubishi Power will make a concerted effort as a corporate group, working in cooperation with Indonesia’s state-owned power company group and the Bandung Institute of Technology (ITB), to support approaches that help the country achieve its targets.

Going forward, with encouragement from METI’s adoption of these feasibility studies, MHI and Mitsubishi Power will contribute to further decarbonization in Indonesia, and provide momentum for the global deployment of the company’s net zero energy transition policy through the projects.