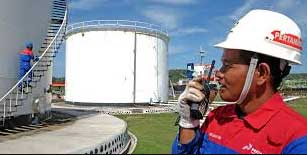 Shell pointed out the complex will use its Omega process to produce mono-ethylene glycol. In addition, the company stated that Pertamina Rosneft will deploy its distillate hydrotreating process for the catalytic removal of sulfur and/or nitrogen and/or aromatics hydrogenation from diesel fractions of certain crude oils.

The NGRR project is a joint project between PT Pertamina (Persero) and Rosneft Oil Co. The technology licensor added the projected completion date for the complex is 2025.