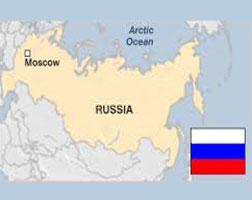 MOSCOW – External pressures on Russia’s oil and gas industry have compelled the country to seek partnerships with Asia-based companies to help with the production and marketing of its vast hydrocarbon resources, according to research and consulting firm GlobalData.

According to GlobalData’s Upstream Analyst covering the Former Soviet Union, Anna Belova, Russia’s oil and gas industry has been hit hard by expanded US and EU sanctions within its financial and energy sectors. The industry now faces limited access to financing, as well as limitations on technology transfers for unconventional and offshore developments.

“These sanctions have led Western companies to reduce their operations in Russia. ExxonMobil and North Atlantic Drilling suspended their deals with Rosneft, while Schlumberger recalled some of its managerial and technical personnel from the country,” Belova said.

“As a result, the Russian government and industry operators have intensified their pursuit of partnerships with Asia-based interests, with countries such as China, India, and Turkey being the likeliest trading partners for Russia over the next decade. Following the cancellation of the South Stream gas pipeline to Europe on 1 December last year, Russia’s immediate alternative was to propose a subsea pipeline across the Black Sea for deliveries to Turkey.”

In addition to this project, Ms Belova said that Russia and China also signed a memorandum of understanding on a new gas pipeline, Altai, on 9 November 2014. Altai, the second gas pipeline to China announced last year, will connect Russia’s West Siberian fields to the Xinjiang Uyghur Autonomous Region of China.

“Another major deal in Russia’s oil and gas industry is the potential sale of a small equity in Vankorneft, a subsidiary of Rosneft, to China National Petroleum Corporation (CNPC), which will allow Rosneft to strengthen its relationship with one of its largest potential market partners,” Belova continued.

“Vankorneft holds licenses for several fields in Eastern Siberia, including Vankorskoye, Russia’s largest field to be put into production in the last 25 years. Vankorskoye feeds into the Eastern Siberia–Pacific Ocean pipeline, with the majority of its crude output contracted to CNPC in China.”

Ms Belova concludes that Russia’s deals with Asian countries are a prudent response to Western sanctions, as the new partnerships provide financing for Russian projects and secure a long-term demand centre for the country’s resources in growing Asian markets.