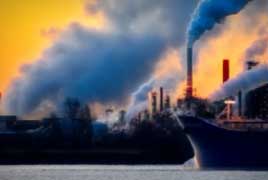 On May 26, 2021, the District Court in The Hague delivered its ruling in the climate change case filed against Royal Dutch Shell plc (Shell) by Milieudefensie (Friends of the Earth Netherlands), other NGOs and a group of private individuals. The court ruled that Shell, a British-Dutch multinational oil and gas company,  must reduce the CO2 emissions of Shell group operations and energy-carrying products sold by 45% net by the end of 2030 compared to its emissions in 2019.

Shell  has confirmed that it will appeal the ruling issued by the District Court in The Hague. “We agree urgent action is needed and we will accelerate our transition to net zero,” said Shell Chief Executive, Ben van Beurden. “But we will appeal because a court judgment, against a single company, is not effective. What is needed is clear, ambitious policies that will drive fundamental change across the whole energy system. Climate change is a challenge that requires both urgent action and an approach that is global, collaborative and encourages coordination between all parties.”

Shell is thus accelerating its Powering Progress strategy to become a net-zero emissions energy business by 2050. As part of this strategy, Shell had already set its own short- and medium-term targets for cutting carbon emissions. It said that it is working with customers, governments and wider society, sector by sector, to establish rapid and realistic ways to get to net zero.

The Hague-headquartered company said that it has set out its intention to reduce both the emissions from its own operations, and those produced when customers use the energy products it sells.

It said that has already set out a number of actions to reduce emissions through a combination of energy efficiency improvements, the elimination of routine flaring, carbon capture and storage technology, working with suppliers to use renewable electricity in facilities and concentrating its global refining portfolio from 13 Shell-controlled sites in 2019 into five Energy and Chemicals parks by 2030.

Read: Shell on drive for net-zero emissions; to invest US$4 bn/year to grow chemicals business