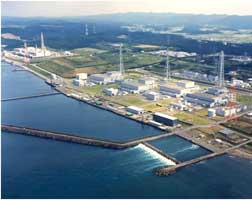 Tokyo Electric Power Company Holdings, Inc. (TEPCO), a Japanese electric utility company and the operator of the wrecked Fukushima nuclear plant, plans to restart operations in of its Kashiwazaki-Kariwa nuclear plant in stages beginning April 2019, according to sources familiar with the matter.

The utility hopes to improve its finances by resuming units at the Kashiwazaki-Kariwa as it faces massive decommissioning costs and compensation payments of up to 22 trillion Yen (US$202 billion) over the Fukushima disaster.

The company is considering reopening four of seven reactors at the nuclear plant, located in Niigata Prefecture on the Sea of Japan coast, in a roughly three-year period through May 2021.

TEPCO will be presenting the projection in a business restructuring plan to be submitted to the government soon, possibly by the end of this month, the sources said.

The Kashiwazaki-Kariwa complex is one of the world’s largest nuclear power plants in capacity when all its seven units are in operation. The boiling water reactors are the same type as those that suffered core meltdowns at the Fukushima Daiichi nuclear plant.

However, it is unclear whether TEPCO will be able to resume operation of the four reactors, as Niigata Governor Ryuichi Yoneyama remains cautious about resumption of the plant, saying it will take several years to complete an assessment of the Fukushima disaster that should be integral to discussions on restarting the Kashiwazaki-Kariwa plant.

According to the sources, TEPCO, effectively under state control, is likely to present two scenarios in the upcoming business restructuring plan: one for resuming operating at four of the seven reactors, and another for resuming all seven reactors.

Under the plan for resuming four units, TEPCO intends to first restart operations at the Nos. 6 and 7 reactors first that are currently being scrutinized by the Nuclear Regulation Authority, before running the No. 7 reactor in April 2019 and the No. 6 reactor in May the same year.

Then, the utility will restart the No. 1 reactor in April 2021 and the No. 5 reactor the next month, the sources said.

Under the alternative scenario, the remaining three units will be brought back online, though a specific time frame on each reactor has not yet been fixed, the sources added.