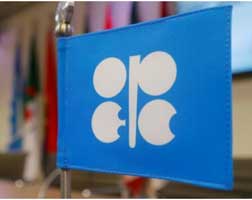 An OPEC and non-OPEC technical committee has suggested a six-month extension of the global oil output cut deal starting from June this year in order to clear the glut of crude that has lowered the prices of the commodity.

The Organization of the Petroleum Exporting Countries (OPEC), along with Russia and other producers, originally agreed to cut production by 1.8 million barrels per day (bpd) for six months from January 1, 2017 as part of the efforts to support the market.

Overall compliance with pledged cutbacks stood at 98% in March, according to a source. Two sources said the rate in March represented an increase from February’s level.

The committee’s recommendation that the supply cut deal be extended did not come as a surprise, after oil ministers from top exporter Saudi Arabia and Kuwait gave a clear signal a day before the Vienna meeting that producers planned to prolong the accord.

Russian Energy Minister Alexander Novak said a decision on extending the pact had not yet been taken, but would be discussed with OPEC on May 24. OPEC ministers plus their non-OPEC counterparts are scheduled to meet on May 25.

The meeting also discussed OPEC’s own compliance, which it put at 103%, in line with figures published in OPEC’s most recent monthly report.

The panel, which met at OPEC’s Vienna headquarters, is the Joint Technical Committee (JTC) established in January to monitor adherence to supply cuts.Top OPEC producer Saudi Arabia is also a member of the JTC in its capacity as 2017 OPEC president.