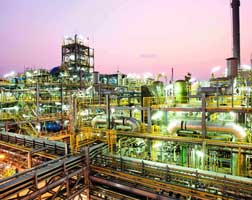 Biobased chemical company Advanced Biochemical (Thailand) has a capacity increase at its plant in Map Ta Phut, Thailand, which will now produce 120,000 tonnes/year of biobased epichlorohydrin (ECH) – an increase of 20,000 tonnes/year. Permission for this increase was granted by the Industrial Estate Authority of Thailand.

The capacity increase at ABT’s plant was made possible thanks to improvements in process efficiency and process optimisations in production. Less waste is also being produced at the plant due to optimised recycling technology, says the firm.

A wholly-owned subsidiary of the Vinythai public company, ABT has produced its biobased ECH since 2012 using a patented technology, based on natural and renewable glycerine instead of propylene, a fossil fuel derivative.

Masaki Takahashi, Managing Director at Advanced Biochemical (Thailand), said, “We are grateful to the Industrial Estate Authority of Thailand who granted permission for this capacity increase at our plant. We provide the most sustainable ECH on the market and demand for it continues to grow. We are glad that we can continue to serve downstream users around the globe who are committed to sustainability.”

Biobased epichlorohydrin (ECH) is produced using a patented technology and based on natural, renewable glycerine. ABT has operated its world-class manufacturing unit in Map Ta Phut since February 2012. Certified by the Roundtable on Sustainable Biomaterials (RSB) since 2015, ABT is wholly-owned by Vinythai Public Company Ltd. ABT and Vinythai received a Green Industry Award Level 4 (Green Culture) from the Thailand Department of Industrial Works for their commitment to environmental care.