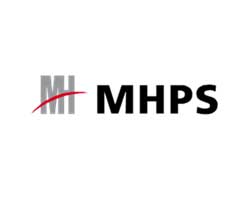 The Intermountain Power Agency (IPA) today awarded Mitsubishi Hitachi Power Systems (MHPS) a contract for two M501JAC power trains for the Intermountain Power Plant (IPP) in Delta, Utah. This award marks the first Advanced Class Gas Turbines in the industry specifically designed and purchased as part of a comprehensive plan to sequentially transition from coal, to natural gas and finally to renewable hydrogen fuel, and creates a roadmap for the global industry to follow.

This transition will start in 2025, when the turbines will be commercially guaranteed capable of using a mix of 30% hydrogen and 70% natural gas fuel. This fuel mixture will reduce carbon emissions by more than 75% compared to the retiring coal-fired technology. Between 2025 and 2045, the hydrogen capability will be systematically increased to 100% renewable hydrogen, enabling carbon-free utility-scale power generation.

The renewed generation facility will be owned by IPA and operated by the Los Angeles Department of Water and Power (LADWP). It will provide 840 MW of reliable energy to the IPA purchasers it serves, including Los Angeles and municipalities in other parts of California and Utah. The power plant is connected to the Los Angeles power grid by an existing high voltage direct-current (HVDC) transmission line.

The selection of the new M501JAC power trains expands the MHPS footprint in Millard County, Utah. In May of 2019, MHPS partnered with Magnum Development to announce plans to develop the Advanced Clean Energy Storage (ACES) project adjacent to IPP. The ACES project will use renewable power to produce hydrogen through electrolysis. The hydrogen will be stored in an underground salt dome at the site, using technology that has been in operation for the past 30 years to supply hydrogen to US refineries in the Gulf Coast of the US. Stored renewable hydrogen can provide power when wind and solar availability are limited due to prevailing weather conditions and time of day, as well as provide seasonal energy storage from renewable energy sources.

Paul Browning, President and CEO of MHPS Americas said, “The mission statement of the 2,000+ employees of MHPS Americas is to provide power generation and storage solutions that enable our customers to combat climate change and advance human prosperity. We worked hard to develop a total solution for our customer IPA that included not only gas turbines capable of using renewable hydrogen fuel, but also the nearby ACES project, which will affordably generate and store large quantities of renewable hydrogen. We believe both IPP and ACES will be essential renewable energy infrastructure that will eventually help enable a 100% renewable power grid for the entire western interconnect of the US, and will also provide renewable hydrogen for industrial and transport uses. The projects are being developed in close cooperation among ourselves; Magnum Development; the governments of Utah, California and Los Angeles; the Intermountain Power Agency; and LADWP. By combining our capabilities and imagining a 100% renewable energy future, we are creating a Change in Power.”