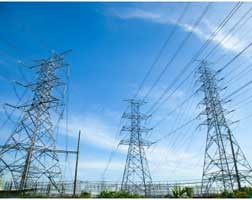 The Board of Directors of the Asian Development Bank (ADB) has approved two loans worth up to US$1.1 billion that will be used to strengthen and diversify Indonesia’s energy sector, which is considered a key to promoting inclusive growth and sustainable development in the country.

The first is a US$500 million policy-based loan (including US$100 million from the ASEAN Infrastructure Fund) for the Sustainable and Inclusive Energy Program—Subprogram 2.

The second is a US$600 million results-based loan to the State Electricity Corporation (PLN), guaranteed by the Republic of Indonesia, which will boost access to sustainable and modern energy services in eastern Indonesia.

“Increased access to affordable and sustainable sources of energy is a pre-requisite for the government to meet its economic growth aspirations,” said Winfried Wicklein, ADB Country Director in Indonesia. “The two loans approved today will, respectively, improve the enabling policy environment to increase public and private investment in Indonesia’s energy sector, and support and develop the power distribution network in Eastern Indonesia.”

Indonesia’s energy sector faces far-reaching and interrelated problems throughout the value chain, from the supply of primary energy to the distribution of electricity, leaving some 23 million people lacking access to power. Energy subsidies over many years have led to under investment.

Indonesia also lags many of its Southeast Asian neighbors in the development of its abundant renewable energy resources, such as solar, wind, and biomass. This leaves the electricity industry dependent on coal, which accounted for more than half of energy generation in 2016.

The US$600 million loan to PLN, meanwhile, is part of a series of investment programs to enhance people’s access to sustainable and modern energy services, with a focus on developing the eastern part of the country as a new growth hub.

As part of the project, a strengthened electricity distribution system will help eight provinces across Nusa Tenggara and Sulawesi spur businesses and activities relying on a stable energy supply including agriculture, fisheries, small and medium-sized enterprises, as well as tourism.

ADB, based in Manila, Philippines, is dedicated to reducing poverty in Asia and the Pacific through inclusive economic growth, environmentally sustainable growth, and regional integration. Established in 1966, ADB is celebrating 50 years of development partnership in the region. It is owned by 67 members—48 from the region. In 2016, ADB assistance totaled US$31.7 billion, including US$14 billion in cofinancing.