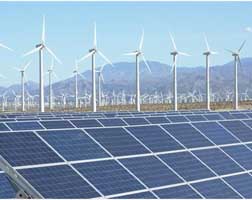 Iran is planning to allocate part of the country’s electricity basket to renewables, and has decided to bring 1,000 megawatts (MW) of renewable energy into the national grid each year for the next five years, if possible. This will raise the country’s renewable energy capacity to 5,000 MW, said Deputy Energy Minister Houshang Fallahatian.

The country is also expecting its installed renewable power capacity, not including hydropower, to surpass 700 MW at the end of the current Iranian year in March 2018.

“Iran currently has 77,000 MW of power capacity, of which 360 MW is renewable energy. Most of the electricity generated in the country comes from thermal power plants which use fossil fuel, Deputy Energy Minister Houshang Fallahatian said.

He said that renewable energy, including hydropower, accounts for about 6 percent of the overall electricity produced in the country where 90% of the fuel used in power plants is natural gas.

Iran is one of the most energy-intensive countries in the world, where inefficient energy use amid consumer subsidies has resulted in a per capita energy consumption which is ten times greater than that in the European Union (EU).

The national energy blueprint is now based on expanding renewable power generation and improving energy efficiency by reducing domestic hydrocarbon use which would free up more oil and gas for export.

The country also has approximately 141 MW of installed wind power. According to the Renewable Energy Organization of Iran (SUNA), there are only 15 wind farms in Iran where 100,000 MW of potential capacity exists from wind alone.

Officials say more than 4,000 MW of renewable capacity to be built by 2020 is expected to come from wind power.