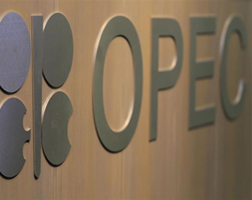 Oil prices has risen as much as 2% after a brief slump.

Prices in November were down nearly 22% so far, set for the biggest monthly fall since the depths of the financial crisis in 2008.

As the world’s biggest producer, the US’s steady incline in crude prices has attributed to this, along with Saudi Arabia’s insistence that it will not cut output on its own to stabilise the market. Brent crude slid below US$58 a barrel in early 2018.

Read: Oil down after record US crude stocks; Brent below US$55

Prices rebounded after sources said Russia would consider joining an effort to cut output along with Saudi Arabia and other members of the Organization of the Petroleum Exporting Countries.

The market now expects that a cut of 1 million barrels per day would be possible from OPEC and its allies, said John Kilduff, partner at Again Capital in New York.

Oil retreated from session highs after the US Federal Reserve released minutes of the latest policy meeting showing interest rate hikes are expected soon. The dollar index edged higher against a basket of currencies, pressuring prices of dollar-denominated oil.

Russian President Vladimir Putin, leader of the world’s second biggest oil producer, said he was in touch with OPEC and ready to continue cooperation on supply if needed, but was satisfied with an oil price of US$60.