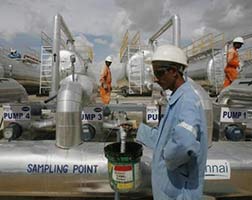 Oil explorer Cairn Energy Plc has filed a formal dispute against a demand for more than $1.6 billion from the Indian tax department, in the latest high-profile tax row to hit Asia’s third-largest economy.

News of the potentially costly tax liability, which dates back to the 2007 listing of what was then its Indian operation, wiped almost a fifth off the value of Cairn shares on Wednesday, taking them to their lowest point since October 2008.

This latest dispute comes after the Indian government, led by Prime Minister Narendra Modi, had sought to reduce tax-related litigation and move towards a tax-friendly regime to boost much-needed foreign investment.

A few foreign companies including Vodafone and Shell have won favourable rulings in Indian courts on some tax claims, but many cases are still to be settled.

“This was unexpected and contradicts the taxation policy soundings from the Modi administration since its election in 2014,” brokerage Investec said in a note on Wednesday. “This leads us to believe that the case could become political.”

In a statement late on Tuesday, Cairn said the tax investigation related to transactions carried out to reorganise the company’s structure to prepare for Cairn India Limited’s stock market flotation in 2007.

Cairn said the tax department’s investigation, which started in January 2014, had stalled the sale of its outstanding holding in the Indian venture, worth about $700 million.

Cairn said it would seek “restitution of losses” stemming from that delay. The oil company, however, did not intend to make any accounting provision relating to the draft tax assessment it has received.

“Against a backdrop of regular engagement with the government of India since January 2014 it is very disappointing to have received a draft assessment order at this time,” said Cairn Chief Executive Simon Thomson in a statement.

Cairn said this week that its net cash balance stood at $869 million at the end of 2014. It currently has no revenue as it focuses purely on exploration.

Tax lawyers said the tax office was able to make a demand now on a transaction that happened in the fiscal year 2006/07 due to a 2012 law, which sought to raise claims on past deals.

The dispute notice, filed just ahead of a visit by British Foreign Secretary Philip Hammond, comes under the terms of a UK-India Investment Treaty, meaning the Indian government and Cairn will negotiate or otherwise turn to arbitration.