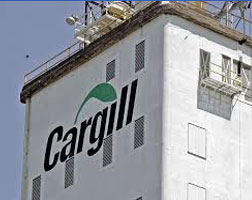 Cargill, Inc. has denied rumours that the commodities trader is shutting down its fuel oil operations in China and Singapore, Reuters reports.

“Cargill is not closing its fuel oil desk in Asia, which has been part of a long-term stable business,” said a Cargill spokeperson.

“We will continue to be active in Singapore and in China and are committed to growing our business and supporting customers in this region.”

Speculation that the fuel oil desks would be closing reportedly arose this past year after several traders were hired and left within the span of a few months.

According to the reports, rumours centred on talk that the company was restructuring its oil trading portfolio.

Earlier this week, it was reported that BP was attempting to expand operations in China through a joint venture bunkering business it is forming with Sinopec.  – Shipandbunker.com