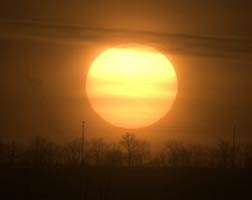 JAKARTA – Investors from the United Kingdom have expressed interest in planting a combined US$4.01 billion in Indonesia’s renewable energy sector, the country’s Investment Coordinating Board, or BKPM, said in a statement on Tuesday.

“The investments will be in solar energy, higher than 10 megawatts, and offshore tidal energy,” said Himawan Hariyoga, the BKPM in charge of investment promotion. “Some of the companies have asked our help in finding potential local partners in Indonesia.”

The BKPM did not provide more details on the planned investments.

A delegation from the Scottish Development International (SDI), the international arm of Scotland’s economic development agency, is scheduled to visit Jakarta in November to “explore energy, oil and gas investment with related ministry and institutes,” said Ewen Cameron, the SDI’s senior manager for renewable energy and low-carbon technologies.

Investment realization in the sector that can contribute to environmental preservation have reached around Rp 486 trillion (US$37 billion), or 30 % of the total investment plan of Rp 1,600 trillion  recorded by BKPM from 2010-2014.

BKPM aims to attract US$56 billion in green investment from foreign contributors and Rp 448 trillion from local investors by 2019. – The Jakarta Globe