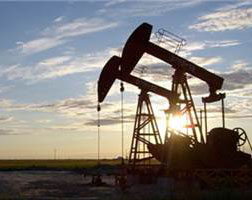 Iran will be among the top oil suppliers for Asian consumers if sanctions are lifted as the result of nuclear talks, Iran’s deputy oil minister said.

Iran is expecting an influx of foreign cash, should sanctions lift as the result of ongoing nuclear negotiations with six world powers. Under the terms of joint deal reached in November 2013, oil exports are limited to around 1 million barrels per day and to just six countries: China, India, Japan, South Korea, Taiwan and Turkey.

Iran’s deputy oil minister, Rokneddin Javadi, said that while efforts would be made to diversify exports, the Asian market would remain a top priority.

“Before the sanctions were imposed, Asian countries were the leading consumers of Iran’s oil,” he said. Should full sanctions relief emerge this summer, Iran, he said, will be able to “regain its position in the Asian market.”

Expanding Asian economies, notably India, are expected to take on more oil than their peers, the Organization of Petroleum Exporting Countries said. Chinese representatives were among those attending a four-day oil industry conference in Tehran earlier this month.

OPEC has said the Iranian government viewed its oil industry as “very attractive” to foreign investors, including those from the U.S. and European economies.

Iran before sanctions were imposed in 2013 was exporting around 2.7 million bpd. – UPI.com