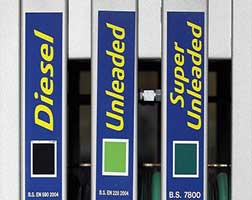 Europe’s largest oil companies are gaining support from an unlikely source as they confront the industry’s worst slump since the financial crisis: lower oil prices.

The trio’s sway in commodities trading, largely unknown outside the industry, is set to pay off in 2015 as the bear market allows traders to generate higher returns by storing cheap oil today to sell at higher prices later and using lower prices to make more bets with the same capital.

“Volatility has increased dramatically over the last three or four months,” said Mike Conway, the head of Shell’s trading and supply business. “Parts of your business that are volatility driven are probably doing pretty well.”

While companies are shy about revealing the financial results from their trading business, a look at the last major bear market provides clues to the opportunity they have today. In the first quarter of 2009, BP said it made $US500 million above its normal level of profits from trading. That means that trading accounted for, at the very least, 20 % of BP’s adjusted income of $US2.38 billion that quarter.

From dealing floors that resemble the operations of Wall Street banks in cities including Geneva, London, Houston, Chicago and Singapore, oil trading could provide BP, Shell and Total with an edge over US rivals Exxon Mobil Corp. and Chevron Corp., which sell their own production, but largely eschew pure trading as a means of generating profits.

Few other publicly listed oil companies trade at the scale of the European trio, although Statoil ASA, Eni SpA and OAO Lukoil all have trading desks.

The amount of crude oil and fuel traded each day by the three European majors together dwarf the combined size of independent traders such as Vitol, Glencore, Trafigura, Mercuria, Gunvor, based on company statements and people familiar with the market.

“The trading arms of the oil producers have the opportunity to monetize significant opportunities this year,” said Roland Rechtsteiner, a partner at consultants Oliver Wyman, who specializes in advising commodity-trading businesses.

The last time that a European oil major disclosed the profitability of its trading operation was a decade ago, when BP said it made $US2.97 billion in 2005, or about 10 % of the company’s total earnings that year.

Without giving away concrete financial results, the companies have indicated income from trading already rose in the fourth quarter of 2014 as oil prices fell.

Brian Gilvary, BP Chief Financial Officer, said on Feb. 3 the group has benefited from an “improved result from supply and trading.” Gilvary ran BP’s trading arm from 2005 to 2009.

“We’re in a very strong commodity trading position,” Shell CFO Simon Henry said in a call with analysts on a Jan. 29. “Our ability to take advantage of volatility is some protection to mitigate the low price environment.”

Although extra profits from trading won’t offset the much larger loss of revenue from lower oil prices, it could help the three companies to weather the crisis and, perhaps more importantly, beat analysts’ estimates.

Analysts estimate BP’s adjusted net income will drop to $US6.2 billion in 2015, highlighting the impact a boost from trading could have in the final results.

Beyond the large oil producers, trading executives are optimistic they could reap strong profits in 2015.

Ivan Glasenberg, chief executive officer of Glencore, said on March 2 that if the market continues as in the first two months, oil trading “could have a blow-out year” in 2015.

In the past, oil trading houses have enjoyed stronger returns during bear markets. Vitol, the world’s largest independent oil trader, had record income of $US2.28 billion in 2009, up from $US1.36 billion in 2008, according to the company’s accounts.

Fitch Ratings anticipates that oil traders “are likely to report healthy earnings in 2015 as they benefit from volatile oil prices.”

The price difference between a Brent contract for immediate delivery and the one-year forward — a measure of the contango – stood at minus $US7.18 a barrel on Wednesday. The spread hit an all-time high of minus $US17.93 in December 2008.

In addition to crude oil, BP and its rivals trade almost every refined product, from gasoline to fuel oil, plus electricity, petrochemicals, natural gas, currencies and even metals. On top of their own production from oil fields and refineries, the trio buys commodities from third parties.

The three companies also make significant bets in the derivatives commodities markets. Such is the scale of BP and Shell in the financial market that both are registered swap dealers in the US under the Dodd-Frank act. Together with agricultural trader Cargill Inc., they’re the only non-financial firms among nearly 50 banks, insurers, brokers and others registered as swap dealers.

BP said on its website that its global trading activity generates a huge amount of market intelligence that other companies do not have.

“This gives us a clear advantage in converting up-to-the- minute data into effective market calls,” it says.

That’s largely the result of mergers in the late 1990s and 2000s where the acquiring companies had a non-trading culture that prevailed. As such Mobil trading slowly disappeared when it combined with Exxon, while Texaco followed suit after merging with Chevron.

BP employs in its Integrated Supply and Trading business, as the trading arm is known, about 3,000 people in trading floors in London, Chicago, Singapore and several other cities. Total Oil Trading SA, or Totsa, employs 500 in hubs in Geneva, Houston and Singapore. Shell International Trading and Shipping Company, known in the industry as Stasco, does not disclose the number of employees.