Ministers of the European Union (EU) are working hard to prevent the current dispute in Eastern Ukraine from interrupting the EU’s gas supply yet again. Disruptions in gas supply from Russia to the EU are nothing new. Gazprom, Russia’s monopoly gas exporter, cut off gas supplies in 2006 and 2009 in the middle of winter, citing non-payment by Ukraine on both occasions. Countries in south-eastern Europe were left without supplies for a few weeks as a result. Russia cut off supplies to Ukraine again in June 2014, but these were restored in October when a temporary deal brokered by the European Commission allowed the provision of gas to be resumed for the winter season, according to Bloomberg. (To read more about the present conflict in the Ukraine, see article:Why Is Ukraine At War? A Russian Rivalry With West.) 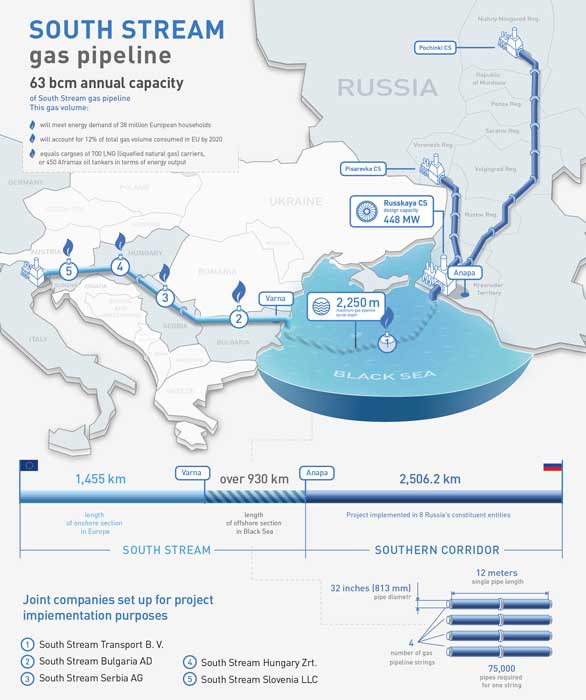 The current agreement governing the supply of gas from Russia expires at the end of March 2015 and a temporary deal brokered by the European Commissionshould avert any disruption for the remaining weeks of the agreement, but the European Commission will host another meeting before the end of March, to discuss a “further package on supply”, according to EurActiv.com. Bloomberg reports that gas inventories in the European Union’s 28 member states are 35.2% full, the lowest level for this time of year since 2009, according to Gas Infrastructure Europe, a lobby group in Brussels. A new agreement to replenish gas inventories will be particularly important as Europe goes into the natural gas refill season, which typically runs from April until October, according to Bloomberg. (To learn more about the significance of gas as a commodity, see:Commodities: Natural Gas.)

These discussions could prove difficult, as the EU repositions itself to lessen its dependence on Russian natural gas supplies and Russia seeks to diversify its market away from the EU to Asia.

Deutsche Welle (DW), a German news service, ran a story at the end of February 2015 entitled “EU seeks energy autonomy amid Moscow and Kyiv’s gas dispute.” The European Commission’s vice president for energy affairs, Maros Sefcovic, spoke of a “very deep energy transition,” proposing measures to improve the EU’s gas infrastructure so that countries can share supplies across borders, end regulated pricing, increase the number of liquefied natural gas terminals and improve information-sharing between companies and member states on negotiations with big suppliers such as Russia, according to DW. The article goes on to quote the leader of the EU parliament’s liberal ALDE group, Guy Verhofstadt, as saying, “Our dependence on external energy resources has affected our ability to conduct an independent foreign policy.”

Diversification ideas put forward by the European Commission are not entirely new. Similar calls for independence from Russia followed the supply interruptions in 2006 and 2009. The EU pressed ahead with plans to import more Liquid Natural Gas (LNG) from suppliers such as Qatar and devoted considerable resources to commissioning LNG re-gasification and import terminals. Higher gas prices in Asian markets, however, prevented supplies from going to Europe at the same time that low prices for coal (especially from the US) led to record coal supplies being sent to the European market. This dual effect reduced the EU’s demand for natural gas and pushed gas prices even lower. In the end, supplies from Russia, which are less expensive because of lower transportation costs, were sufficient to meet the EU’s needs, and the idea of meaningful supply diversification that would reduce the amount of gas being bought from Russia fell by the wayside. (To learn more about Russia’s sources of revenue, see article: How Russia Makes Its Money — And Why It Doesn’t Make More.)

The EU is not the only party seeking diversification. Russia is also interested in lessening its dependence on the EU as a buyer and increasing its share of the market in Asia in the wake of western sanctions against Russia due to the dispute with Ukraine. It is important to note that there are currently no sanctions targeted specifically against Gazprom’s natural gas supply business precisely because the EU fears winter gas supply disruptions. (To read more about the sanctions brought against Russia, see article: How US & European Union Sanctions Impact Russia.)

The EU accounts for more than 60% of Gazprom’s total sales, according to the company’s nine-month 2014 IFRS financial accounts, and Gazprom is eager to reduce this amount to well under half. This goal is made all the more important as the EU begins its antitrust case against Gazprom following a two-year investigation. According to the FT, “The case focuses on eastern Europe, where many countries accuse Gazprom of overpricing. They argue that the company abuses its power as the main or only gas supplier to charge countries widely differing prices from those of their neighbours — sometimes for political reasons. Gazprom denies abusing its market dominance.”

The timing of the antitrust case is particularly unfortunate for EU-Russian relations given the backdrop of the dispute in Ukraine and western sanctions against Russia. Russia views the probe as politically motivated, while the EU sees it as a commercial dispute and a test of EU law in new Eastern states. If the case against Gazprom proceeds, the company could face big fines and regulations that will change its business practices in the EU. Such a decision is likely to push the company even deeper into Asian markets, reducing gas supplies to the EU and increasing energy insecurity.

In December 2014 the South Stream gas pipeline project to supply gas to south-eastern Europe was scrapped in yet another sign of the deterioration of Russia’s energy cooperation with the EU. The diagram below is available from Gazprom and shows what the project would haveThis project was intended to reduce the transportation risk involved in transporting gas to the EU by circumventing Ukraine, much as Gazprom’s northern gas pipeline (Nordstream) to Germany has done. But a deteriorating political situation means the EU is no longer focusing only on transportation risk and is also focusing on supply risk. To mitigate supply risk, the EU’s goal is to reduce the volume of supplies from Russia.

In a Bloomberg article Fyodor Lukyanov, head of the Moscow-based Council on Foreign and Defense Policy, is quoted as saying, “Europe for some years has seen Russia not as a source of energy security, but as a [source of energy] risk. When the conflict with Ukraine started, it became clear that building this or any other new pipeline to Europe was impossible.”

Instead, Gazprom has decided to build the pipeline to Turkey, as the map below shows. Turkey is not an EU member, and is already taking Russian gas through the Bluestream pipeline. This new “Turkish Stream” design option allows Gazprom to save face and salvage some of its sunk costs by increasing supplies to Turkey and leaving open the option of increasing supplies to the EU via Greece if relations improve. In fact, EurActiv says a European Commission official confirmed on March 5th that Gazprom can use the Trans-Adriatic pipeline (TAP) to bring gas to Greece. looked like once completed.

The scrapping of the South Stream project is a major blow to Russia nonetheless. The project was designed to supply 63 billion cubic meters per year (bcm/y) of gas to the EU. The initial capacity of TAP will be about 10 bcm/y, with the option to expand the capacity up to 20 bcm/y, according to EurActiv. This is just a small fraction of what South Stream would have been. TAP is only one-third of the amount, even with the larger optional design capacity.

Both parties in the Russia/EU energy dispute come out as losers. The EU is fed up with the constant threat of supply interruptions from the east and Gazprom is concerned about being too reliant on the EU as a source of income. The result could be that both parties reduce cooperation, which may actually increase the EU’s energy supply risks in the long-run and negatively impact Gazprom’s financial standing. Additional disputes seem to be brewing and the EU’s antitrust suit is likely to be the next chapter in the story, making a new supply agreement that needs to be put into effect in April 2015 increasingly complex.