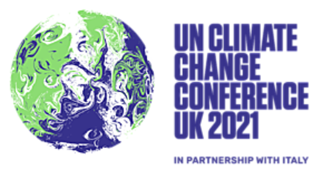 When world leaders, including US President Joe Biden, convene at the UN Climate Change Conference of the Parties (COP 26) in Glasgow this November they will usher in the “next phase” on the so-called “New Map” of energy and geopolitics, one defined by the task of turning climate ambitions into practical action.

Thus, the global focus on energy transition—coupled with the international embrace “net zero carbon” goals—is shaping the “New Map” of energy and geopolitics, especially in light of a global pandemic and rising US-China tensions, says Daniel Yergin, IHS Markit Vice Chairman and author of The New Map: Energy, Climate and the Clash of Nations,

“Geophysical maps change very slowly. But political, technical and economic maps can change quickly, revealing new topographies that present multiple challenges and need to be traversed with care and thought,” Yergin writes in the new epilogue. “We are on such terrain today.”

In The New Map, Yergin, author of The Quest and The Prize (for which he received the Pulitzer Prize) surveys an energy world being reshaped by myriad forces—from the remarkable change in the energy position of the US, to geopolitical tension with China and Russia, to the reappearance of the electric car and the growing global role of renewables—amid the added disruption of the Covid-19 pandemic.

The book chronicles the rise of energy transition as a potent global issue and, in the new epilogue, one of President Biden’s most ambitious goals—reducing US emissions by 50% by 2030, decarbonizing electricity by 2035 and achieving net zero carbon for the entire US by 2050—representing an enormous change of direction for the US.

Yergin points to the inherent tensions in the Biden administration. It is seeking to make “climate” a major criterion in every policy—from infrastructure to financial regulation—and pressuring the oil and gas industry in a way that could lead to increased oil imports. Yet Biden himself, in contrast to his major Democratic rivals, pledged not to “ban fracking” and, when he was a US Senator, warned against dependence on foreign oil.

By the spring of 2021, more than 70% of the world’s total CO2 emissions—and 80% of world GDP—were under the net zero umbrella, Yergin writes.

“The very fact that so many nations have voluntarily embraced something so fundamental and so challenging as carbon neutrality is remarkable. What makes it even more remarkable is that much of this was done during Covid-19 time, when lockdowns became ubiquitous and economic activity, suppressed,” writes Yergin.

“Alignment with Paris”—the 2015 Paris climate agreement—has become a clarion call outside of government as well, Yergin observes. Financial firms, representing many tens of trillions of dollars of assets, have added “climate risk” to the criteria by which they make investment and lending decisions. More than 30 central banks have elevated “climate” into their mandates. “Climate disclosure”—aiming to demonstrate how company strategies align with the Paris goal—has become a requirement of company reporting.

Now the world is moving from the “after Paris” era to a new and challenging “post-Glasgow” phase, posing tough questions that will be on the global agenda for years, Yergin says.

“By now the ‘What’ has become clear in terms of energy transition—net zero carbon,” he writes. “But what remains uncertain is the ‘How.’ How to get all the way to carbon neutrality in a global economy that currently relies on fossil fuels for 80% of its energy.”

In many ways the acceleration of energy transition overshadowed several remarkable events across the energy spectrum during a tumultuous year, Yergin writes. Among them:

·         The unprecedented collapse of oil demand from Covid-19 (which briefly sent prices into negative territory) abated and oil demand recovered, lifting prices to a level that would permit new investment in oil and gas projects.

·         At the end of 2020—for the first time in 72 years—the US on a net basis was energy independent, an event as significant as it was largely overlooked.

·         New technological developments, including carbon capture and storage, have made “green” or “clean” energy solutions competitive on an international scale. And hydrogen has moved from being an “also ran” to a major potential energy source by 2050.

·         The US shale industry—particularly hard hit by the Covid collapse in oil prices—stabilised and the US remains the world’s number one producer of oil and natural gas.

·         Unprecedented stress in global supply chains is pushing up costs and helping to push up inflation—the cost of shipping one container from China to the US has increased from US$1,500 to as high as US$30,000.

·         The new global supply chains for “net zero carbon”, beginning with mining, will also come under scrutiny for their carbon and ESG footprints, as “Big Oil” gives way to “Big Shovels”.

·         The resources needed for the “mineral-intensive energy system” of the future are also highly concentrated in relatively few countries. Whereas the top 3 oil producers in the world are responsible for about 30 percent of total liquids production, the top 3 lithium producers control more than 80% of supply. China controls 60% of rare earths output needed for wind towers; the Democratic Republic of the Congo, 70% of the cobalt required for EV batteries.

The situation is rendered more complex by a new era of great power competition and strategic rivalry—particularly between China and the US, Yergin writes. The Biden administration has proved to be even more forward-leaning on this than Trump’s—seeking to mobilise the European Union and the Quad (the security dialogue among the United States, India, Japan and Australia) in Asia in the increasingly-tense stand-off.

“Here is where the geopolitical and energy maps overlap,” he writes. “The great power rivalry will create challenges for the world economy, including intensified competition for resources and additional pressures on what will become the increasingly stressed supply chains for net zero carbon.”

A new global “North/South” divide is also emerging, creating new tensions between developed and developing countries, he writes. “Energy transition certainly means something very different to a developing country such as India, where hundreds of millions of impoverished people do not have access to commercial energy, than to Germany or the Netherlands,” he adds.

All this adds up to a new era in the relationship between energy and nations—one marked by the emergence of climate change as one of the defining features of the New Map.

“The drive for net zero carbon in a matter of just a few decades will mean remaking the global economy—and doing so in a remarkably short time. It will require huge investment, bring dislocations, add to financial burdens on governments and impose heavy costs on some parts of the economy,” Yergin writes. “At the same time, it will create major new economic opportunities, open new frontiers for technology and innovation and stimulate entrepreneurship and creativity. While it will present new avenues for cooperation, it will also create risks for conflict.”