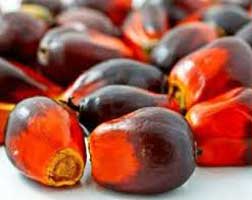 Malaysian palm oil futures climbed higher on Friday to 2,192, as volume remained low and Easter holidays in some countries weakened interest in markets.

Overall, demand strengthened from the US, India, China and Pakistan, while demand fell from the European Union (EU).

Spot ringgit weakened on Friday to 3.6695, as traders continued to loosen bearish bets on the worst-performing Asian currency so far this year.

Indonesia’s trade Ministry reported that the world’s top palm producer plans to set its crude palm oil export tax for April at zero. While no explanations were given for the decision, the ministry has said that the tax was set at zero because benchmark palm oil prices were below the threshold, triggering a monthly tax on shipments overseas.

On Monday, the price initially fell, due to the tracking of falling crude oil, soybean prices, and fragile overseas oil markets. However by the later session, the price rose, erasing earlier losses, as a weakening ringgit supported the price. Investors were positioning themselves for the export data release later in the week.

On Tuesday, the price fell, due to investors profit taking after the previous day’s gains.

On Wednesday, the price fell, due to the strengthening of ringgit and concerns over over-production. However, gains were limited as competing bean oil prices had strengthened. Increased production without matching demand can lead to an abundance of palm oil in the market and this could drive down prices.

On Thursday, the price initially stayed within a tight range as volume remained low. Investors were waiting for fresh cues in order to be able to gauge the market’s direction. In the later session, the price rose due to the ringgit weakening.

On Friday, the price continued to rise as volume remained low and the Easter holidays in some countries sapped interest in markets.

According to weekly FCPO chart, the price rose while continuing to range sideways between the lower and middle Bollinger band. The price was unable to test either 2,100 or 2,200 psychological barrier last week, as investors attempt to determine the market direction. The SO could enter oversold territory, and test physiological barrier 2,100, in the coming week.

According to the daily FCPO chart, on Monday, the price initially opened lower within the previous week consolidation/sideways range of 2,130 to 2,210. The price then rose, canceling out earlier losses, closing higher within sideways range, while unable to test the psychological barrier of 2,200.

Resistance lines will be placed at 2,210 and 2,260, while support lines will be positioned at 2,110 and 2,050, and these levels will be observed in the coming week. – Oriental Pacific Futures