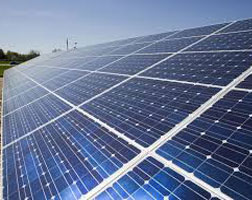 The Government of Jordan has launched in Azraq a new 3 MWp turnkey photovoltaic plant developed by Ennera.

The event was attended by numerous personalities from the governments of both countries, members of institutions in the field of energy and local authorities in Azraq. Among them, the Minister of Energy and Mineral Resources (MEMR) of the country, the Spanish Ambassador to Jordan and the General Director of the National Electric Power Company (NEPCO).

The implementation of this new photovoltaic system counted with the cooperation of representatives of Ennera, manager of the project, and the companies that have participated in its development such as ATC (Arabia Trading & Consulting).

During the opening ceremony, the Jordanian authorities stressed the importance of the opening of this new facility for the country’s energy sector, with which a new impetus is given to renewable sources as a clean and safe source of national energy supply.

A large plant to boost renewable energy in Jordan

The plant is connected to the national electric network of NEPCO (National Electric Power Company), it has a life cycle of 25 years and a guarantee of three years. With an output of 3004.87 kWp, it has a galvanized driven steel structure and consists of 10,186 panels of 295 W and a solar power station of 2.8 MVA (2.5 MW) A-295P based on inverters cooled by water. Its big dimensions mark a turning point for renewable energy in Jordan, as it is estimated to generate 5,447 MWh per year.

The new facilities are part of the Energy Expansion Plan that the Jordanian government intends to implement in 2020, where renewable sources such as photovoltaic energy, have a very important role.

Ennera: EPC in charge of the largest photovoltaic plant in Jordan

As EPC (Engineering, Procurement, Construction) , the company has taken over the commissioning of the new plant, dealing with the whole process, from preliminary proceedings until the stage of engineering, construction, delivery and guarantee of installation.

The project, which was awarded by the Ministry of Energy and Mineral Resources (MEMR) of the Kingdom of Jordan to Ennera, was financed through funds for the internationalization of the company (FIEM) managed by the Secretary of State for Trade, and has had the support of the governments of both countries.

Works began in November 2014, and the testing phase began in March 2015. After this period, Ennera delivered the plant to the Jordanian authorities for its implementation.

For Ennera, the realization of this project strengthens its presence in the strategic Jordanian market. Projects of special importance, such as the plant in Azraq, show the ability of the company to carry out large turnkey photovoltaic systems with maximum guarantees for the customer. A differentiating factor that has made the company a specialist in renewable energy internationally – PV Magazine