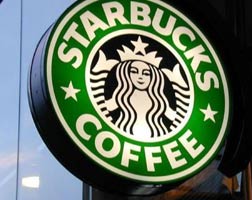 Ten Fortune 500 companies joined the cause for renewable energy.

RE100 is a global campaign led by The Climate Group in partnership with CDP, to engage, support and showcase influential businesses committed to 100% renewable electricity.

The companies have chosen this year’s Climate Week NYC to unveil their leadership move before senior figures from global business and governments. With December’s COP21 UN climate talks fast approaching, this key milestone event sends a timely reminder to negotiators that leading businesses want strong climate action from governments, while increasing demand for renewables themselves.

America’s business drive to a low carbon economy has been picking up speed recently. Goldman Sachs and Walmart were two of 13 companies in July to commit to reducing their emissions as part of the American Business Act on Climate pledge – and the White House is expected to announce new names next month.

Momentum behind RE100 has also grown globally in the last year. When RE100 was launched one year ago at Climate Week NYC 2014, there were 13 original corporate partners – IKEA Group, Swiss Re, BT Group, Formula E, H&M, KPN, Nestlé, Philips, RELX Group, J. Safra Sarasin, Unilever and YOOX Group – as well as Mars, Incorporated, the first US business on board.

Now 36 major businesses from around the world have joined the campaign, with green desert economy developer Elion Resources Group becoming the first Chinese company in March 2015, followed in May by the first Indian company Information Technology leader Infosys.