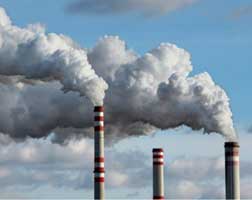 Worldwide carbon emissions will increase more slowly this year as China’s greenhouse-gas output declines, according to an international study.

Carbon dioxide emissions from fossil fuels and industry were set to rise a tiny 0.2% in 2016 to 36.4 billion tonnes from 2015 level sand down from 3% growth rates in the 2000s, according to the Global Carbon Project and the University of East Anglia (UEA) in Norwich, England.

2016 is the third consecutive year with negligible change. However, the Global Carbon Project still cautioned that the world was not yet firmly on track for a greener economy.

According to Professor Corinne Le Quere, director of the Tyndall Centre for Climate Change Research at the UEA, global emissions now need to decrease rapidly and not just stop growing.

United Nations (UN) envoys are meeting through this week in Marrakesh, Morocco, to thrash out rules of the Paris climate deal struck last year to limit emissions after 2020.

The Paris agreement calls for 197 countries to limit global warming to below 2 degrees Celsius and work toward net zero greenhouse gas emissions.

The slowdown has been, so far, driven by China, according to the report’s co-author Glen Peters, of the Center for International Climate and Environmental Research in Oslo.

In the US, the second-biggest polluter, emissions are expected to fall 1.7%, a slower pace than last year’s 2.6% decline, even as Donald Trump, the US president-elect, threatens to scale back climate action in the world’s richest nation and reduce UN funding. The nation has also curbed use of coal, according to the report.

Emissions in India and the European Union are increasing.

“If climate negotiators in Marrakesh can build momentum for further cuts in emissions, we could be making a serious start to addressing climate change,” Prof. Le Quere said.