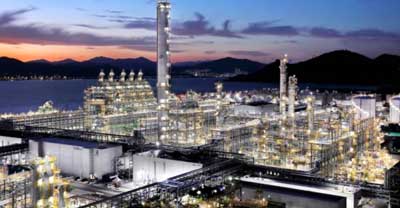 South Korean refiner GS Caltex Corp. says it has completed the construction of a new olefin cracking facility on the country’s southwest coast, as it seeks to expand the petrochemical business.

Ethylene and propylene are types of olefin, a primary petrochemical used as feedstock for a wide range of materials from plastics for daily necessities and automotive appliances to diapers and masks.

GS Caltex has invested US$2 billion in the project that began in 2018.

An MFC facility is less common in Korea as most petrochemical producers operate naphtha-based cracking centres (NCC) that use naphtha as a main feedstock.

An MFC can use naphtha as well as other various raw materials like liquefied natural gas (LNG) and other by-product gases from the refinery process, allowing an energy-efficient production method, GS Caltex said.

“The completion of the MFC facility will be an important turning point that will allow us to achieve both business diversification and growth potential through the expansion of the non-refinery business,” Hur Sae-hong, CEO of GS Caltex, said at the dedication ceremony in Yeosu.

“GS Caltex will take a leap forward as a comprehensive energy company that encompasses petrochemicals, green energy and recycling, on top of the refinery business,” Hur said.

GS Caltex, the 50:50 joint venture between GS Energy and Chevron Corp., has been pushing to increase the petrochemical portion in its refinery-centred portfolio in a bid to respond to growing demand for high value-added petrochemical products.