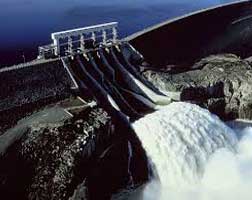 TORONTO – There are so many candidates, it’s hard to pinpoint exactly which boondoggle caused us the most grief in our electricity bills.

Then there was the Homer Simpson moment, when it was revealed Ontario Hydro’s so-called dream team of four American nuclear energy experts turned out to be more of a nightmare for ratepayers. The Americans were paid close to $40 million for about four years’ work at the Pickering nuclear plant around 1997.

Former PC premier Mike Harris was going to open the market to competition in May 2002. That plan ran into problems on several fronts: California was suffering from electricity shortages due to market manipulation — the tip of the Enron scandal iceberg. After the market opened, prices went from 4.3 cents a kilowatt hour to 8 cents. The Tories took a hammering from critics and Harris’s successor, Ernie Eves, backed away from the scheme. (Today’s price of electricity is 16.1 cents a kWh.)

But the boondoggle that really takes the cake is the mess created by former energy minister George Smitherman with his Green Energy Act (GEA).

Back in March 2009, Smitherman wrote in this newspaper that the GEA “will shape not only the way we do business in Ontario, but the way we think about energy and consumption.”

He got that right. The cost of electricity has soared. And we don’t do much business anymore because companies moved south to the U.S. and Mexico.

He claimed the GEA would create 50,000 jobs — a claim later refuted in a scathing report by then-provincial auditor general Jim McCarter.

In 2011, McCarter said the GEA was not just hiking the price of electricity, it was actually forcing us to generate more nuclear and gas-fired electricity — to back up unreliable renewables. And it didn’t produce jobs — it killed them.

“Because renewable energy is very expensive, the impact of higher electricity prices on the other job sectors actually has resulted in a net loss of jobs,” McCarter said at that time. And he’s been proven absolutely correct.

In her most recent report, auditor general Bonnie Lysyk painted a gloomy picture of how this government’s mismanagement of the energy sector has added billions to our bills.

What did we get for this?

We must be bursting with clean, green energy, right?

According to the Independent Electricity System Operator (IESO) website, on Tuesday at 2 p.m. exactly 0.2% — (or 43 megawatts) of our electricity came from solar. A piddly 1.6% (326 MW) was from wind. The lion’s share of our generation — 55.6% — came from green, reliable nuclear energy.

Good ol’ hydroelectric power — the only truly cheap green electricity — came in at 23.7% and gas-powered plants were at 18.5%.

The hourly price of electricity was just 3.02 cents a kilowatt hour. And the GA? A whopping 9.67 cents a kWh — three times the cost of the hydro.

So for all the billions of your tax money that were flushed down the drain on so-called green energy, solar and wind made up less than 2% of our power generation.

We’re paying for this mismanagement not just in our home hydro bills, but in lost jobs.

He’s not the only one.

Do you really trust the government that gave us green energy with your pension?