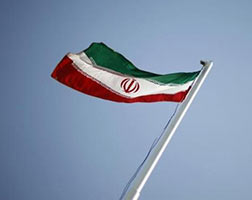 Sanctions against Iran, due to be lifted in coming months after a July deal between Tehran and six world powers to curb its nuclear program, do not specifically target the petrochemical sector, but exports have slumped since banking and shipping restrictions were introduced in early 2012.

“We expect our exports of petrochemical products to increase by 20 to 25 percent in a short time, between a year and a year and a half,” Mehdi Sharifi Niknafs, managing director of the Iran Petrochemical Commercial Company, was quoted as saying by state news agency IRNA.

“When banking, insurance and shipping restrictions are lifted, it will become easier to export and the costs will decrease,” he added.

Iran, one of the world’s top oil and gas producers, exported around $14 billion of petrochemical products in 2014, the Fars news agency reported in April, down from more than $18 billion in 2011.

Iran reached a deal on July 14 to limit its nuclear program in exchange for relief from international sanctions, which will be lifted when United Nations inspectors confirm Iran is complying with the nuclear restrictions.