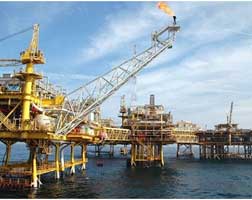 Iran is expecting to get as much as US$15 billion in foreign deals and investments for oil and gas projects before April 2018, according to Gholam-Reza Manouchehri, the deputy director for development and engineering affairs of the National Iranian Oil Company (NIOC).

Manouchehri was quoted by domestic media as saying that the next Iranian oil and gas awards would be based on the framework of the agreement signed with the French energy giant Total last month over the development of South Pars Phase 11.

The deal for phase 11 of the field marked the first by a major global energy company signed with Iran since the easing of sanctions against Tehran in January 2016.

Under the deal, Total, Iran’s Petropars and France’s CNPC are about to produce 2 billion cubic feet (56 million cubic meters) of natural gas per day for 20 years through an investment of about US$5 billion.

Last month, Iran’s Petroleum Minister Bijan Zanganeh emphasized that Asian and European companies are negotiating participation in Iran’s oil and gas development projects which would potentially need US$200 billion worth of investment.

Zanganeh added that Iran was already planning to absorb 65% to 70% of this sum from abroad, the minister told Iran’s Parliament.