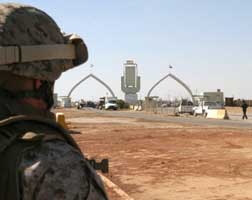 Iraq and Jordan recently came to an agreement to boost oil trade between the two countries. Iraqi Prime Minister Adel Abdel Mahdi and his Jordanian counterpart Omar al-Razzaz met along their shared border at the Turaibil border compound, also known as Al-Karameh border crossing in Jordan, to discuss the bid to strengthen trade ties.

Both sides agreed that 10,000 barrels of crude oil a day would be provided to Jordan by Iraq from Kirkuk province through truck transport. Under the deal, transport costs would be taken into account. As part of the meeting, Abdul and Razza have signaled for freight trucks from both countries to cross through the border.

From the same deal, the two countries begun studying the construction of a pipeline project that would connect Basra on the southern tip of Iraq with the Jordanian port of Aqaba as Amman pushes to meet its hydrocarbon needs.

The two sides also agreed that Iraqi taxes will be lifted on hundreds of Jordanian products and a joint industrial zone will be established along the border.

On the part of Jordan, Prime Minister Omar al-Razzaz vowed to provide electricity to Iraq in less than two years. This is in response to Iraq’s severe electricity shortages since 2003.Recently, in exchange of an exemption from US sanctions on Iran, Baghdad announced plans to curtail its reliance on Iran’s electricity supply, and buy power from Jordan, Kuwait and Turkey instead.

The Turaibil border crossing or the Al-Khamen is about 320 km (199 miles) from Jordan’s capital Amman and 575 km (357 miles ) from Iraqi capital Baghdad. The only crossing between the two countries has long represented a vital economic vantage point for both countries. The crossing, which was closed in 2014,  was later on reopened for travelling passengers.