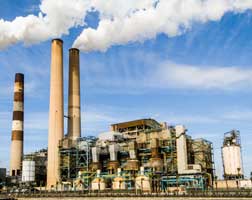 A Memorandum of Understanding (MoU) is signed between Saudi Aramco, with its partner Total, and Daelim, a South Korean petrochemical company. The MoU contains the plan of Daelim to build a new 80,000 tonnes state-of-the – art Polyisobutylene (PIB) plant, which will come on-stream in 2024. With the said agreement, Saudi Aramco has already made a step forward in its petrochemical growth strategy.

A Front-End Engineering and Design (FEED) of the PIB plant will start its launch in February 2019 and is expected to conclude in the last quarter of 2019. The petrochemical facility, a first in the Kingdom will use feedstock from the Amiral Complex in Jubail Saudi Arabia. With Daelim’s PIB technology, a wide range of products in a single plant, from PIB (CPIB) to highly reactive PIB (HR-PIB) can be produced. Thus, Daelim will have a competitive edge with energy and feedstock through the facility’s strategic location in Saudi Arabia, which will ensure the South Korean firm to better serve customers in Middle East and across Europe and Asia.

Polyisobutylene (PIB) is a commercial polymer used in wide range of applications due to its superior flexibility thermal stability and impermeability to gases. Its industrial applications include in the manufacturing of adhesives, sealants and inner tubes of tyres.